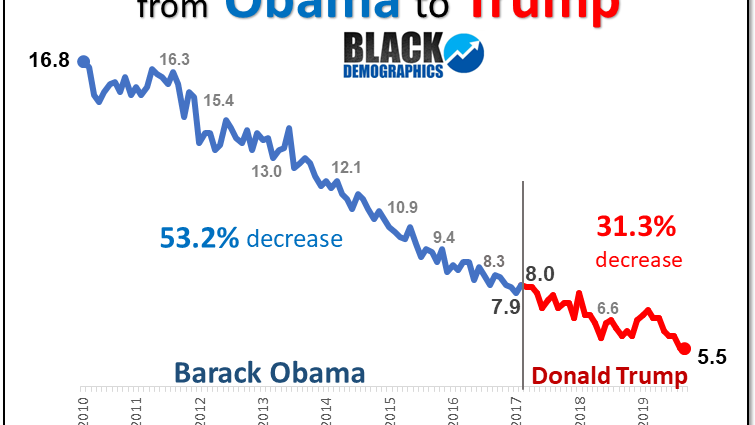 Black Unemployment grew after the Great Recession when millions of jobs were wiped out due to the housing crisis of 2008. Post-recession Black unemployment peaked in March 2010 at 16.8%. From there Black unemployment began a 53% decline which continued during the rest of the Obama administration to 7.9%.

This was a result of the economic recovery that took place under Obama and continued during the Trump administration declining an additional 31% under Trump reaching record lows. By September 2019 Black unemployment was 5.5%.