Black Owned Businesses with No Employees

Black owned businesses in the United States increased 34.5% between 2007 and 2012 totaling 2.6 million Black firms. More than 95% of these businesses are mostly sole proprietorship or partnerships which have no paid employees. About 4 in 10 black-owned businesses (1.1 Million) in 2012 operated in the health care, social assistance; and other services such as repair, maintenance, personal and laundry services sectors.

Administrative Support, waste management, and remediation services made up 11% of Black owned firms totaling 294,977. Professional, scientific, and technical services was the fourth largest industry making up 8% of Black firms. 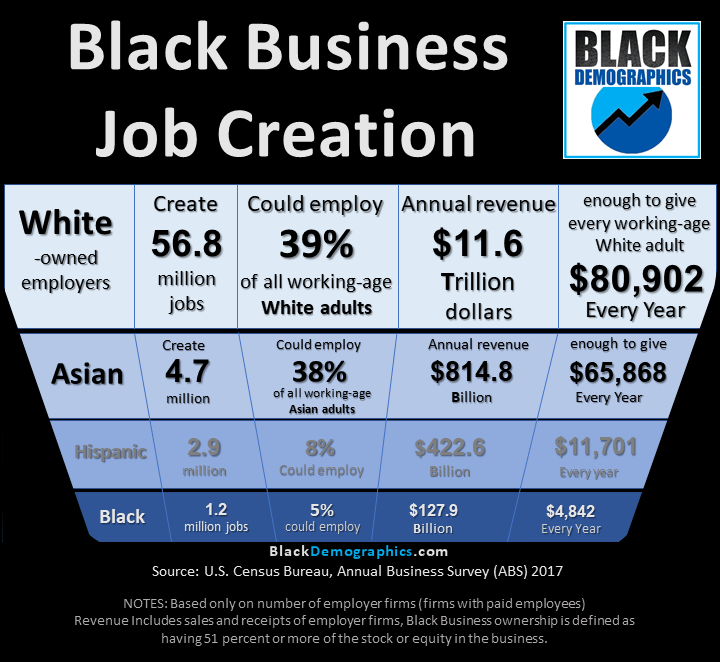 Receipts generated by all Black-owned businesses during the same time period increased 9.2% to $150.2 billion. The top earning industries in Black owned businesses are in Health care & Social assistance, and the Retail Trade sectors totaling more than $41 billion in receipts.