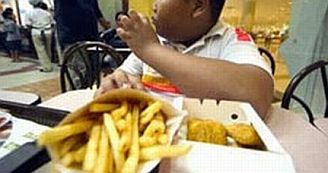 According to the CDC a person is overweight if they have a BMI (body mass index) of more than 25. Obesity begins when a person has a BMI of 30 or more. The CDC considers obesity a serious chronic disease. It increases one’s risk of developing conditions such as high blood pressure, diabetes (type 2), heart disease, stroke, gallbladder disease and cancer of the breast, prostate and colon.

African Americans have high incident rates of obesity. As a matter of fact black women have the highest rates of obesity in America. 55% (54.8) percent of Black women are obese. This number had been steadily on the increase despite the effort to bring awareness to healthy living. Unfortunately, Black culture contributes to the increase. Partly due to the Black diet which consists of many fried and fatty foods. Another factor is mainstream American culture with its prevalence of fast, prepared, and processed foods. Chemicals are added to fruits and vegetables for look, taste, and longer shelf lives. A report stated that the average tomato today has 50% of the nutrients of the average tomato in 1950. 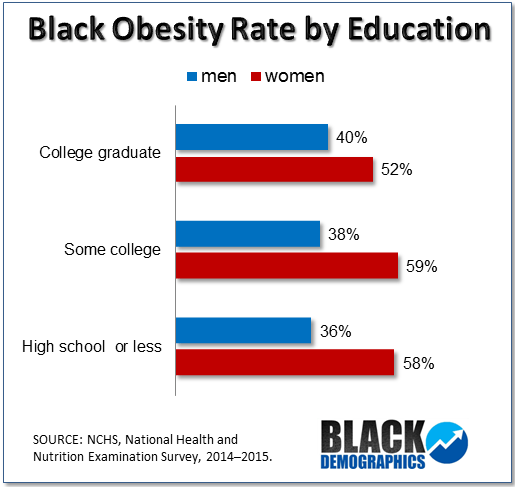