Black Educational Attainment by The Numbers 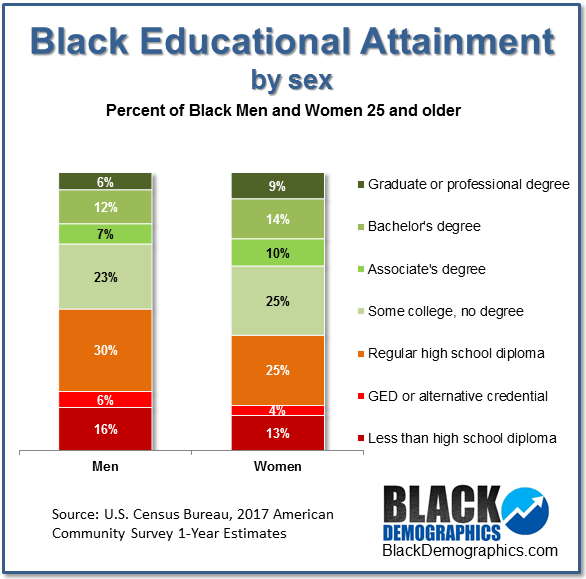 Percentage of African Americans age 25 and older who had a bachelor’s degree or more in 2017. This may be considered a substantial increase from 19.8% in 2010.

*All statistics used above are from the US Census Bureau