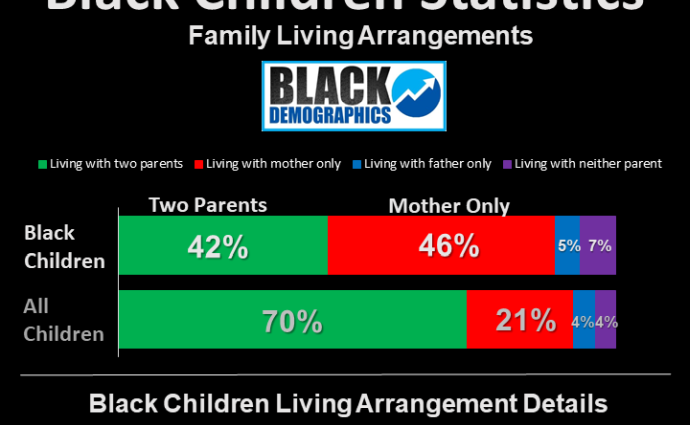 Contrary to popular belief 42% of Black children live with two parents (compared to 70% of all children) while 51% live with one parent (compared to 25% of all children). The reason why this is not well known may have to do with a commonly repeated statistic regarding out-of-wedlock births (70%) which only takes into account whether or not a woman was married at the time she gave birth. This of course doesn’t factor in that many births take place to engaged or couples who are not yet married or who plan to cohabitate indefinitely.

DATA CHART: Black Families Above and Below Poverty Level