The Mississippi Black population was 1,149,341 in 2017 according to the U.S. Census Bureau. The actual percentage of African Americans in Mississippi was 39% which makes it the largest percent of African Americans of any state in the country. The Black population added just over 70,000 African Americans between 2000 and 2011 which is much fewer than most southern states. Part of this has to do with the overall slow growth in the state as well as the migration patterns from the rural South to other southern Sunbelt cities. Despite being one of the poorest states Mississippi has the highest percentage of Black homeowners than any other state at 55.6% compared to the lowest which is Minnesota at 24.3 percent.

The Jackson metropolitan area has one of the largest percentages of African Americans of any metro in America at 48 percent, however the majority of Blacks live in many of the rural majority Black counties throughout the state. The largest concentration of Black counties is in the Mississippi Delta which lies in the western part of the state between the Mississippi and Yazoo rivers.  Before the civil war this area was home to many large slave plantations because of its fertile soil. Although many African Americans left after the Civil War many remained in what is now one of the poorest regions in the nation. There are also many Black majority counties in other parts of the state.

Mississippi remained a majority Black state until the 1930s. During the Great Migrations north a large percent of Blacks from Mississippi moved to Chicago and other northern cities using the railroads. The popular Black newspaper, “The Chicago Defender “ used the railroads as a distribution tool during that time to spread its influence south. The Chicago Defender often encouraged African Americans in the south to move there providing tips about jobs and places to stay upon arrival. Today although many young Black men and women continue to leave the state, some of its growth in Black population is from retirees who are choosing to move back to Mississippi from northern cities such as Chicago. 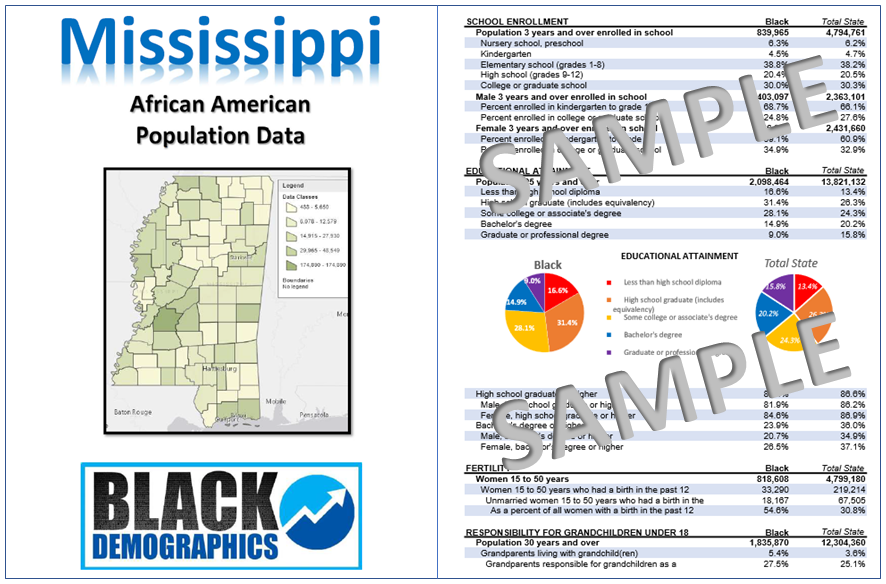