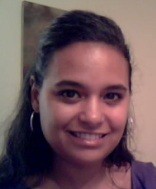 Shandira Pavelcik was born in St Paul MN and was raised in both Columbus, OH – where her father lived, Donald Pavelcik (Italian-Czech) and Omaha, NE – where her mother lived, Lauretta Woods (African American). Moving every year from one city to the other to share her life with both of her parents, she learned the ways of poetry and writing from her father who taught her about community involvement and volunteering as well as developing her natural talent and cultivating those skills as experience in the arts much as possible by involving her in readings, acting and play-writing. When living with her mother, she learned the necessities of reading and appreciating various genres of fiction and non-fiction books and being taught discussion and debating skills. Learning to speak well and explain what you mean well is a necessity for survival as well as independence and perseverance as a Black woman. Her mother moved to Minneapolis when she was 15 and lived there through high school, a marriage, divorce and 4 children.

Originally Shandira was going to pursue nursing but ended up working mostly for various corporatations such as Prudential Insurance Co, American Express Financial Advisors (later to be Ameriprise), and Ingersoll Rand all with the sole purpose of supporting her family as a single mother. At American Express she was actively involved in the Black Employee Network where she was the Chairperson for both the Community and Communications Committees. These committees gave her an avenue to get involved with the community hosting varying fund-raising events and developing a newsletter for dissemination amongst the Black employees of the company.
​
In 2009 she moved to Atlanta and started a document-editing service, Twelve20Arrow Productions working as a copy-editor.
​
She became involved with the BlackDemographics.com site simply by answering the request to become a writer for the site. Surprised that it really is a one man (Akim Deshay) show, she felt obligated to do what she can to help out this one-of-a-kind and much needed site. She says, “Working with the site is a rewarding experience, teaching me a lot while improving my writing and research skills. I am looking forward to being a contributing writer to the BlackDemographics.com site for years to come.”
​
Shandira Pavelcik can be reached at shandira@twelve20arrow.com
2013-03-12